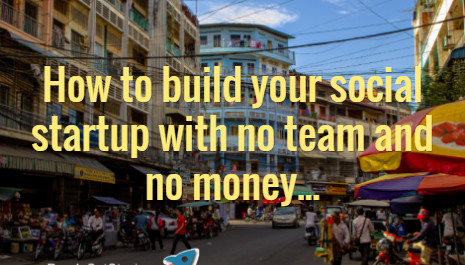 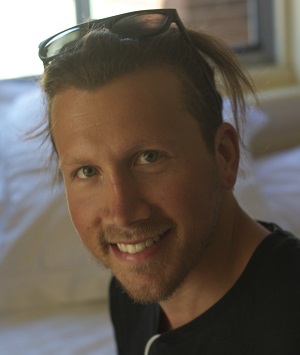 I often hear people tell me they have obstacles like

The story I want to share with you today shows that all these obstacles can be overcome.

Jay Boolkin has built and launched a promising social venture, Promise or Pay, which helps people achieve their goals and overcome their excuses. And he did it as a sole founder, with no money while living in Cambodia.

Read our interview with him to find out how.

What is the problem you are trying to solve? What led you personally to tackling this problem?

Jay: We are all trying to improve – all the time. The problem is that sticking to self-improvement goals is really difficult. At beginning of 2013 I made some resolutions to change my life but despite trying really hard I was unable to follow through on any of them. I wasn’t the only one. In fact, while 45% of people make New Year’s resolutions only 8% stick to them. Change is hard. Even if we get really inspired – it’s tough to stick to new behaviours. What sucks is that when we fail to reach a goal, regardless of the effort with put in, we are often left feeling disappointed and discouraged.

What is the solution you came up with? Tell us about Promise or Pay.

Jay: I did some exploring and found that the chance of achieving a goal

It was this research that was the brainchild of Promise or Pay. Promise or Pay combines both of these approaches to help you achieve your goals and change the world for the common good. The idea is powerful but simple. Promise or Pay allows you to publicly promise to do something & achieve it, using social media to announce your intentions to your friends, or pay a nominated contribution to a charity if you don’t follow through. Either you keep your promise thereby benefiting yourself, or you contribute towards solving a pressing social problem via your donation. As a result, it helps overcome the dispiriting and upsetting feelings that often arise when we fall short of accomplishing something important.

What has the response been since launching your beta in December 2013?

Many entrepreneurs tell me their target market is ‘everyone’. But that is never true. Who specifically is your target market and how did you identify who they were and where to reach them?

Jay: Promise or Pay has massive potential as it appeals to the natural human instinct to set goals, to have dreams and to make resolutions. It leverages off the social trend to share experiences with others electronically and it speaks to a generation that have grown up in a world where social issues are impossible to ignore and are looking for a way to make a difference. I am currently targeting and testing a number of audiences with specific ambitions since the primary motivation of using Promise or Pay is not to donate to charity but to achieve a personal goal. For example, those trying to quit smoking, lose weight, eating healthier, and exercise more. I have zero budget for paid advertising and therefore rely heavily on social media to spread the word and connect with relevant blogs, bloggers and journalists. I also enter competitions as I have found it is great way to get free exposure and raise Promise or Pay’s profile.

How did you get the money to build your current site and launch the venture?

Jay: I had had the idea for a few months but no resources to start executing. I entered a competition called the Social Startups MVP program and was fortunate enough to win. The prize was a Beta version of the site with personal and digital marketing coaching thrown in. Because of this, I was able to spend 6 months developing the site with programmers who are based in India and then launched in December 2013. I have no budget for this so am using my time to market on blogs and social media.

What is your strategy for entering the market?

Jay: At the moment my basic strategy is to develop a strong understanding of Promise or Pay’s target audience and present clear, concise and powerful messages that resonate with potential customers and address their actual needs.

Entrepreneurship is a team sport. Who else is on your team? Where are you all based? 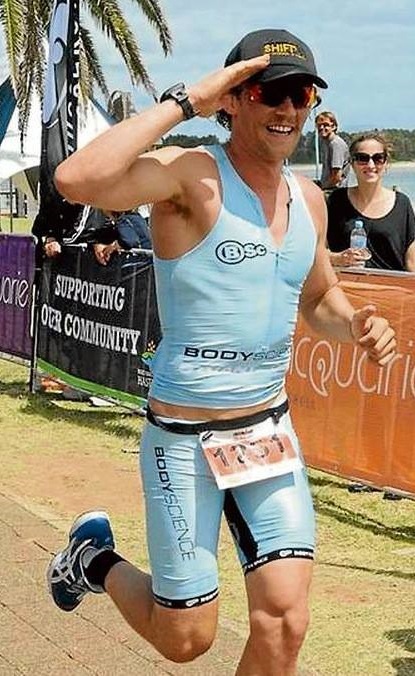 Adriel ‘Bacon’ Young who is a Bondi Rescue Lifeguard and up-and-coming triathlete and has promised to learn Swedish or pay $100 to SURFAID.

Jay: To-date Promise or Pay has been a one-man show. I am the designer, marketer, customer service manager and accountant. I am currently based in Cambodia, however I am originally from Sydney and Promise or Pay is registered in Australia. Balancing work on Promise or Pay with my day-to-day job as a Program Development Officer at a local community-based organisation is a challenge. However I do have a strong team of collaborators that are providing ongoing direction and support. I have a very experienced strategic partner based in Melbourne, Omer Khan, founder and CEO at Social Startups and Impact Investors, who is providing startup expertise and who financed the development and launch of the MVP. I have a great CTO, Bhavi Chadha, managing director at Fluid3, and work directly with his fantastic development team who are based in India. I also have an advisory team that consists of a highly successful investor and business mentor, a digital marketing specialist, Jazz O’Donnell, Founder & CEO at Just Good Marketing, and a personal coach, Kerry Grace, Director at Evolve Network Australia.

Many people don’t understand that social ventures need to make some income to sustain themselves and keep operating. If site users are donating to charities, how will you make sure you get the income you need to cover the venture’s operational costs?

Jay: Revenue is currently generated through a per donation service fee paid by the charities listed on the website. Further income streams will be created by advertising fees paid by businesses for promoting special offers and tailored reward programs.

What are 1 or 2 things you have done that have had the biggest impact in launching the venture so far? What tips would you give other entrepreneurs wanting to launch an idea they have?

Jay: Practically, the most significant thing would be (entering and) winning a competition and therein receiving funding to develop a first proof of concept. Without this opportunity building Promise or Pay would have been very difficult. Building a social venture, and I’m sure this is not an uncommon experience, is absolutely engrossing – Promise or Pay is my life. My passion and commitment to seeing it through to success (or failure) means that all my energy is devoted towards it. I have never been more challenged or worked harder. There have been countless nights when I can’t sleep and will work until the sun begins to rise. There is no doubt I have seen the dawn more times in the past 7 months than I have in all the years of my life combined. And I wouldn’t change a thing. I love what I am doing. The journey to get where I am today, the people I have met, the lessons I have learnt – none of it would have happened if I would have listened to my intellect, where the fear of failure hides, and somehow, someway, convinced myself it wasn’t worth a try. What tips would I give? If you have an idea that you think is worth pursuing then put your doubts to one side and follow your instinct. I promise it will be one hell of an experience. Think big, start small, and stay focused. And enter competitions.

Where do you see the venture in a year, 2 years and 5 years? What are some of your goals for the venture?

Jay: While I have generated some excellent early results the current site is very much a Beta version. I intend to expand Promise or Pay in the near future to make it a community for self-improvement. My plan is to start working full time on Promise or Pay so that I can dedicate more energy towards improving the customer acquisition process, maximising conversion rates, automating a number of manual processes and further refining the platform. In 5 years, I hope to have achieved Promise or Pay’s mission, which is to inspire millions of people around the world to be the best that they can be, and at the same time, to have encouraged and facilitated millions of dollars in donations to charities.

What it is like building a start-up in developing country?

Phnom Penh, Cambodia where Jay is based.

Jay: It’s still early days but it’s been great. I am currently bootstrapping Promise or Pay which is easy to do in a country like Cambodia, where the cost of living is low. This will also make it more feasible to start working on the project fulltime and still being able to have a good quality of life. I can get access to fast, reliable Internet which, at Promise or Pay’s current stage, is all I really need. Moving forward, the lack of access to outside networks, events, resources and investment may require relocating or simply a bit of flying around. But I am so much more centrally located (compared to Sydney) when it comes to international travel that I don’t see this as a big issue. So far so good.

What we can learn from this entrepreneur

Do you have any questions for Jay? Pop them in the comments. And head on over to Promise or Pay and make a commitment to achieve one of those goals that has been on your list for a while. 🙂