Lots of people are playing the startup game these days. It goes like this:

1. The numbers don’t work for you

In the US (arguably the largest VC market in the world) about 1,500 companies receive VC funding and 50,000 receive Angel funding per year, according to Venture Capitalist David S. Rose of Rose Tech Ventures. And half of those that do get funded, go out of business in a couple of years.

If you are relying on investment funding to grow your business, that gives your business a 1% chance of succeeding. If you go down this route, you will need to work close to full-time on capital raising as well as working 60 hours a week building your startup. Do you really want to work so hard for such low odds?

Whichever way you do the maths, it’s not a good return on investment for you.

2. It can encourage you to be lazy with your strategy and implementation leading to business failure 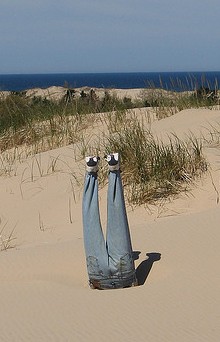 A few weeks ago, I was speaking to someone who had developed some Saas Software. He had finished the product and on launching it found that he wasn’t really sure who his specific target market was. Not only that, the potential customers who were trialing it for him were telling him that it was nice to have but it didn’t solve a real problem for them.

He was looking for half a million US dollars to develop the ‘full’ version of the software. In other words, he wanted a saviour on a white horse to chuck a lot of money at him in the hopes that it would solve his problems.

Of course, no investor is going to bite.

But instead of saying, “Of course, how ridiculous,” we should stop and pause.

Many startups I talk to, are in exactly the same boat and are pursuing the same strategy.

They think their product is better or that somehow they are more special so they will get investment. Human nature being what it is, we are biased towards our own business and apt not to see the truth even when it is obvious to others.

What often happens, sadly, is that these people run out of money, get disillusioned and quit. If they had approached their business a different way, they could have had a different result.

What if this programmer’s story had gone something like this?

VC funding is not a lottery, but many entrepreneurs think of it like it is – that’s it’s just a matter of being lucky. It can be great, but it’s not right for every business and securing it is by no means certain.

There’s nothing wrong with making something and hoping people will like it, but if the result you really want is a functioning business, then aiming for VC funding will not necessarily get you there.

There are many ways to build a business without outside investment, no matter what industry you are in.

Are you telling yourself the truth about whether your business is suitable for VC funding or not? Are you biased?

Have you done market research or are you making something & hoping that people will like it?

What are the most important results you want from your business? Will VC investment help you achieve those or is there other alternatives you can look into?

Funding a Startup without VC by Anil Dash. This article is great and outlines alternatives to VC funding.

This article explains the expectations on a company funded by VC money – and then goes on to explain an alternative form of investment – equity crowd-funding.

Have you chosen to pursue VC funding? Why or why not? Share with us in the comments.

Or use them to create a little bit of extra motivation and accountability to get your action task for today done.
And I would love you to join me on Facebook or Twitter.